There is more to a cat’s coat than meets the eye. Even most black cats have striped fur if you look closely enough. The complexity of your cat’s coat pattern is the result of Mother Nature rolling the dice, and the resulting combinations are seemingly endless.

A cat’s coat can be one main or more main colors, with or without white. They can either be dense, meaning a rich and full color, or dilute (maltese), which is a softer pastel version. Diluted versions come from a less intense expression of the pigment that makes them. 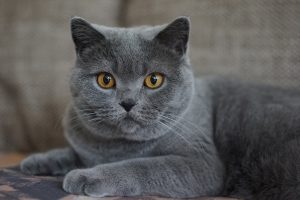 A blue cat. Photo by Benita5 on Pixabay.

Black coats are created by the pigment called “eumelanin,” and the diluted version of black is known as “blue” to breeders, but most people would refer to it as “gray.” 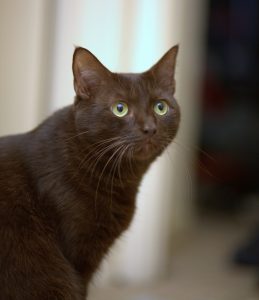 Brown is less commonly seen unless in purebred cats, such as the Havana Brown. It is also created by eumelanin, and the diluted version is referred to as “lavender” or “lilac.” When seen on a color-pointed coat, it is referred to as “frost.” 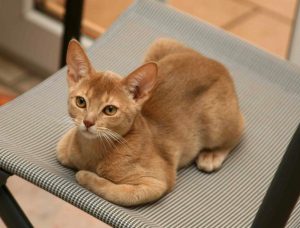 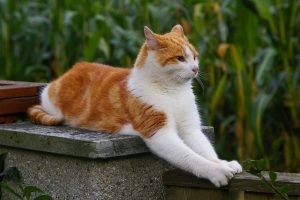 A red and white cat. Photo by Werner100359 on Wikimedia Commons.

Red cats are what most people would refer to as orange, yellow, or marmalade. The red pigmentation comes from phaeomelanin, and it’s diluted version is known as “cream.” A color point cat with red markings is referred to as a “flame point.”

This is the first post in a three-part series about the various factors that influence a cat’s coat. Be sure to check back next week, when we’ll take a look at the various coat patterns!

How to switch your cat to a new food
What determines the appearance of a cat’s coat? Part Two – Patterns