Last week in the blog, we started our three-part exploration of the elements contribute to the appearance of a cat’s coat, starting with color. This week, we’ll take a look at coat patterns. 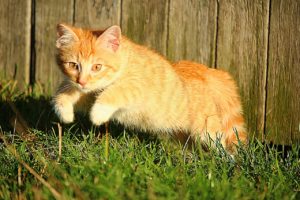 An orange tabby kitten. Photo by rihaij on Pixabay.

Tabby, or striped, fur is the most common coat pattern found in cats. There are four types of tabby coat patterns, but all tabbies have an M marking on their forehead, pigmented paws and lips, and a black or white “eyeliner” effect around their eyes. 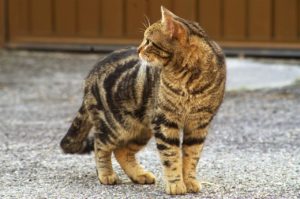 A brown and black classic tabby. Photo by aruggeri on Pixabay. 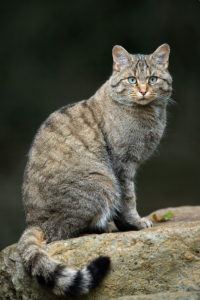 A European wildcat with a mackerel tabby pattern. Photo by Lviatour on Wikimedia Commons. 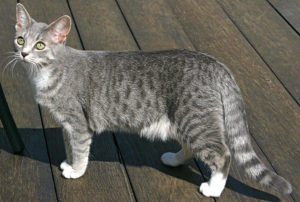 Spotted tabbies have a consistent, defined pattern of spots on their sides. They can be large or small, and sometimes appear as rosettes. The rosette pattern seen in Bangals is actually the result of crossing domestic cats with Asian leopard cats. 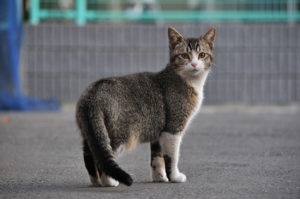 A ticked tabby and white cat with a mask and mantle. Photo by Hisashi on Wikimedia Commons.

A ticked tabby’s striping occurs at individual hair level, where each strand has a band on it. The overall effect looks like the color is radiating with energy, much like the coat of a mountain lion or wolf. Abyssinian cats are well known for their ticked coats. 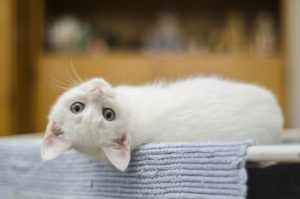 A solid white kitten. Photo by Pexels on Pixabay.

Solid color cats are also known as self-colored. They appear to display only one color without any striping or spots. 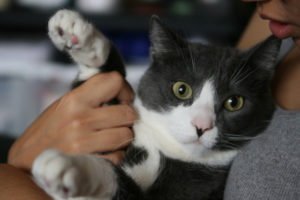 A blue and white cat. Photo by Quinn Dombrowski on Flickr.

Bicolor cats, as their name suggest, display two coat colors. These cats have patches of a variant of either red or black pigmentation with white. They can be spotted, striped, or show any number of variations of how much or little white is present in their pattern. 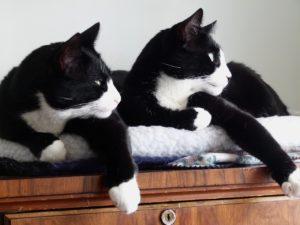 Tuxedo cats are an example of a bicolor cat. They are mostly black with white markings on their paws and chests that make them look like they are wearing a sport jacket and vest. 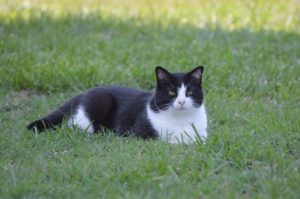 A black and white bicolor cat with a mask and mantle. Photo by dcallen10 on Pixabay.

A little more white on the belly and legs and you would have a cat with a mask and mantle. 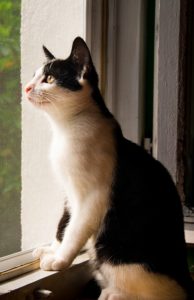 A black and white bicolor kitten with a cap and saddle. Photo by agamaszota on Pixabay

When there is a white band around the shoulders, it’s referred to as a cap and saddle. 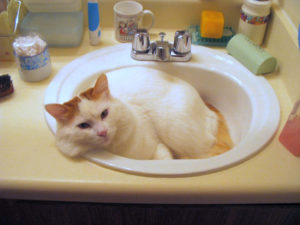 A red and white van. Photo by pschemp on Wikimedia Commons

Bicolor cats with markings on their tails and heads only are called vans. 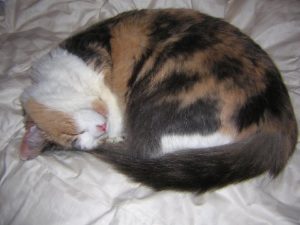 A diluted calico. Photo by Am9489 on Wikimedia Commons.

Calico cats, also known as tricolor, display the colors black, red, and white, or a dilution of the three. Calico cats are almost exclusively female, but about 1 in 3000 calicos is a male. 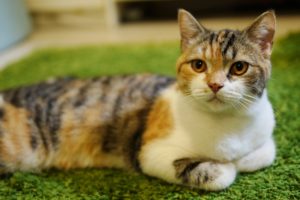 A caliby. Photo by paki74 on Pixabay.

A calico cat with tabby stripes is called a caliby. 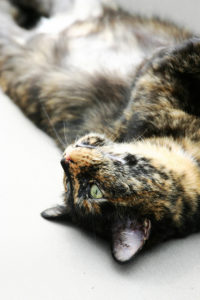 Tortoiseshell cats are also known as “torties.” Much like calicos, they are usually female. They are a mix of black and red pigmentation. Diluted tortieshell cats are often called lavender torties. 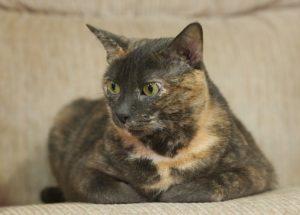 A blue and cream torbie. Photo by SweetMewsic on Pixabay.

If a tortoiseshell cat also displays tabby stripes, then she is referred to as a torbie.” 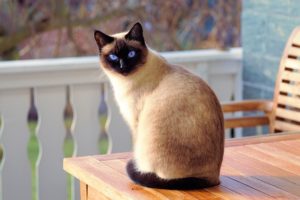 A Siamese cat with seal point fur. Photo by Webandi on Pixabay.

Color point cats, such as Ragdolls and Himalayans, are primarily white with patches of color on their faces, ears, paws, and tails. The genes that create color pointed patterns are responding to the coldest areas of a cat’s body, but we’ll get more into that next week.

This is the second post in a three-part series about the various factors that influence the appearance of a cat’s coat. Don’t forget to brush up on cat coat color terminology, which we covered last week. Be sure to check back next week, too, when we bring it all together and find out how gene expression influences both color and pattern.