The newest NYPD canine is an ex-military dog 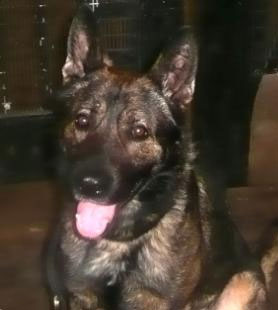 The newest dog to join the ranks of the NYPD canine unit is a former military dog.

The New York Police Department is welcoming a newcomer that’s the first of his kind for the nation’s largest police department: a former military service dog.

The Defense Department has long made some of its retired dogs available to law enforcement agencies, but the NYPD hasn’t had one before. The arrangement saves the police force the $6,000 to $8,000 cost of training an inexperienced dog.