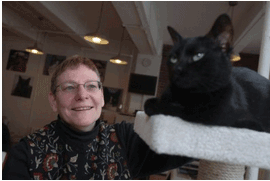 Mayor’s Alliance for NYC’s Animals, an organization dedicated to making New York City no-kill, is celebrating their 10th anniversary. The

This year marks the 10th anniversary of the Mayor’s Alliance for NYC’s Animals, a 501(c)(3) nonprofit dedicated to making New York a no-kill city.

With its 150 member nonprofit shelter and rescue groups, the organization has much to celebrate—from reducing the city’s euthanasia rates to addressing animal overpopulation and control. Thanks to their tireless efforts, the Alliance has helped save over 240,000 animal lives.

In fact, the city’s euthanasia rates at Animal Care & Control (ACC) have plummeted 74 percent since 2005 (from almost 32,000 dogs and cats per year to just over 8,000), giving New York the lowest rate of euthanasia per capita of any major U.S. city.

Unfortunately, with tens of thousands of cats living on New York City streets, the majority of animals entering shelters are feral cats, which is why the Alliance is placing emphasis on their NYC Feral Cat Initiative (NYCFCI).

The NYCFCI has proven successful in managing feral cat colonies and decreasing the city’s feral cat population thanks to the Alliance’s humane, non-lethal Trap-Neuter-Return (TNR) program.